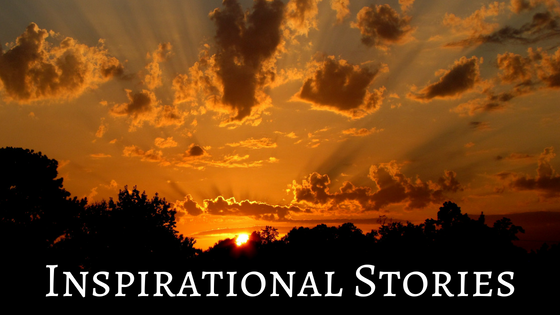 And what about modern experiences when the faithful return to fasting – how powerful are those instances? Consider the findings of C-12 which gives an explanation to one of history’s most famous wartime reversal of fortunes less than a century ago in the face of pure evil:

During the dark days preceding America’s entry into World War II, some Christians gathered in England to assess the situation. Hitler had overrun Poland, Norway and France. The English Channel offered little protection from his voracious appetite for conquest. England was clearly “next” and there was no obvious way to stop him. Meanwhile, America – a slumbering giant with little appetite for another war – seemed more likely to embrace appeasement than confrontation. Russia had already made a non-aggression pact with Hitler and didn’t seem much more trustworthy than Germany. England, barring a miracle, faced a hopeless situation!

The small Christian group, numbering less than 100, held little power to alter government actions. They lacked wealth or worldly influence, and had no large constituencies to call

What could they do?

How could this seemingly powerless group do anything but accept inevitable defeat, gather a few belongings, and flee? But, as patriots and devout Christians – neither of which run from their enemies – fleeing wasn’t an option.

But what else could they do? As many other Christians lacking worldly power had done in the past, they could call on a higher and even more powerful source from beyond this world. As God’s children, they could call on Him! They decided to pray and added further depth to their prayers by fasting.

As a community, they began continuously offering prayer and fasting to God… 24/7. They knew that if God didn’t answer, their enemies would surely overrun them. They had no power beyond prayer with which to resist. To some observers, this seemed to be a hopeless, last gasp gesture. While it didn’t appear to be much of an offensive, they covenanted to faithfully entreat and trust the Lord. They would lift their cries to the Lord – the One who alone could deliver them – every minute of every day for as long as they could. Times and dates were assigned and they began to fast and pray, first as a group, and then individually – around the clock – day after day. Early on, they were led to ask God to bring a spirit of confusion among their enemies.

For a season, circumstances failed to improve. In fact, the situation seemed even more dire. The 1940 evacuation of allied forces from Dunkirk in northern France was the final blow to the defense of the European continent, resulting in all English soldiers being pushed back onto English soil. Defeat now seemed to be just a matter of time. And then… an overly confident Hitler, against the recommendations of his most trusted military advisors, and to the amazement of knowledgeable military experts, opened a second battlefront. He invaded Russia. In all of military history, there has been no greater blunder. Historians say that this is what “turned” the war. Combined with Japan’s equally ill-advised attack on U.S. Naval forces at Pearl Harbor – bringing America into the equation – Hitler’s foolish move against Russia spared England from certain defeat and occupation!

More recently the Christian Union in New York shared several firsthand experiences of fasting. While on a mission trip in Fiji the union's members were told by local Christians that they used to work hard just to survive. Since the Christians on Fiji began fasting, they observed that nature was renewed - trees that previously only bore fruit for a narrow period of time each year began bearing fruit continually. Species of fish that many had not seen before began appearing in their nets and their catch while fishing became abundant.

Click Below To Receive Weekly Fasting Reminders & Join Us As We Fast For America's Renewal!

The Power Of Fasting

Nobel Prize Awarded For Research On The Health Benefits Of Fasting ... & Other Studies On Fasting's Benefits